We ALL know the stories. If you’ve been a victim, you know the story all too well. Violence against women is out of control across the United States. In fact, statistics show that you or someone you know has very likely already been a victim.

Let’s get your confidence and your life back!

Whether or not you already have your concealed handgun license (LTC), if you are a woman and live in or near Dallas, then Defensive Handgun Training for Women is the class for you.

This course is designed to make you truly comfortable with your handgun by improving your defensive firearm skills to the point where carrying and handling a gun seems second-nature. Go through this course and you will never again wonder who will win the battle if you are involved in a lethal force attack. 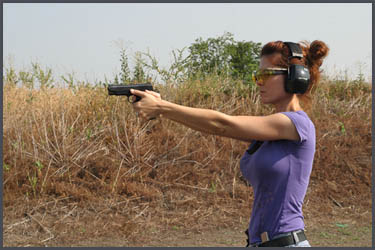 *If you are uncertain about signing up or if this is right for you, honestly ask yourself:

* Do you brush off all the horrifying accounts of violence, saying, Oh, that would never happen to me … all the while knowing in the back of your mind that there is no reason you could not be a victim just like anyone else?

* Or worse… do you somehow think that violence only happens to women who just do not know any better?

It is time for your wake-up call, women of Dallas! Here are the statistics that every female across the nation faces:

According to the National Organization for Women, the most current numbers regarding domestic violence, as well as, sexual assaults from an unknown assailant or assailants are mind-numbing.

* In 2005, domestic violence took the lives of 1,181 women. That’s an average of THREE women per DAY . . . DEAD, and accounts for one third the number of all women MURDERED for that year.

* The National Center for Injury Prevention and Control puts the number of women experiencing PHYSICAL ASSAULTS and RAPES due to domestic violence at roughly 4.8 MILLION. Less than twenty percent of those battered women sought medical treatment.

* The National Crime Victimization Survey, which includes unreported crimes in the United States, found that 232,960 women were RAPED or SEXUALLY ASSAULTED in 2006 and OVER 600 WOMEN PER DAY experienced SEXUAL VIOLENCE that year.

As if all of this were not disturbing enough, stalking is becoming even more prevalent, as is evidenced by the number of women buying firearms for self-defense.

According to the Violence Against Women Online Resources website, stalking is on the rise. Be sure to check out the above website for the definition of stalking, how it is perceived by law enforcement officials, as well as other statistics that could affect women in Dallas, TX.. 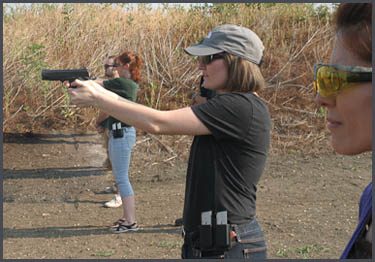 Here are the most pertinent stats from the National Violence Against Women Survey (NVAWS) listed on that website, and available online for download from the US Department of Justice here.

* Eight percent of women (that is 1 in 12) in the United States have been stalked at some time in their life.

* Ninety-four percent of the stalkers identified by female victims were male.

* Fifty-nine percent of female victims were stalked by some type of intimate partner.

* AND eighty-one percent of women stalked by a current or former husband or significant other were also physically or sexually assaulted by the same partner.

Women are to be respected and cherished, and young girls protected, encouraged, and nurtured. What is happening to the moral fabric of our society with statistics reflecting that women are becoming increasingly treated as objects and thought of as disposable?

Women in the Dallas – Ft. Worth area, it is time to be your OWN Prince Charming… your OWN Knight in Shining Armor.

Your safety is in your own hands, and you do not need to be afraid any longer. With the right training, you will carry yourself with more confidence and security than ever before. You will no longer be afraid when you are at home alone in the evenings, or when you walk to your car in a dark parking lot at night.

And just as important, you will not fear the gun you own. You will know how to operate it, how to carry it, how to keep it safe . . . And how to keep yourself safe. And your family safe.

One thing is certain.

After you attend this course your level of confidence will be immeasurably greater. Your life will be changed.

It is simple to sign up,  just give us a call today at 972-787-9978 or CLICK HERE to request more information on the Defensive Handgun Course For Women in Dallas and Fort Worth, TX. 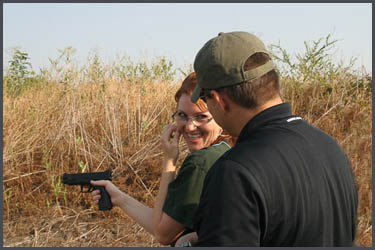 Do NOT become another statistic. Make the smart choice about your self-defense.